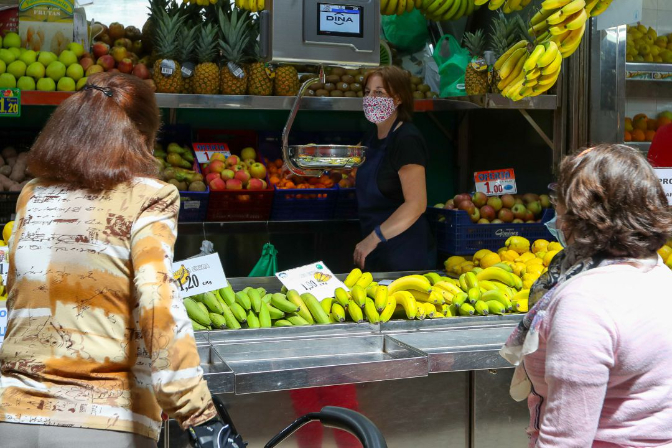 Economist Santiago Niño-Becerra, who first saw the crisis in 2008, has been discussing the state of the Spanish economy with Charles Francino in La Ventana, Cadena Ser.

After the European Central Bank (ECB) announced it would stop buying debt, Francino conflated the heatwave with the significant increase in the risk premium that the country’s economy is experiencing.

“The mercury in the thermometer is going up, inflation is going up, risk premiums, everything that could go up. Does this have an end point? Does it have a cap? Is that how you see it in the short term, or is this one wave, another wave will be? ​Up?”the reporter asked.

“No, not in the short term. We’re entering a fuzzy, dangerous zone,”the economist responded first, recalling that the risk premium” is what they have to pay to buy debt from you and Germany in 10 -Annual Debt”. He went on to explain that Germany is considered a “benchmark” because it is “solid, strong and stable”, which is why German bonds are used as a reference.

Southern European countries such as Spain and Portugal “had to pay more for the debt they bought from them”. “Is it related to interest rates that are rising and are expected to rise? Yes, obviously, but it’s more of a qualitative one, it’s confidence in the country’s economy,”Becerra said.

“A big part of people don’t want to think about what’s going to happen in three months, and one more thing, it’s the last summer”

-Santiago Nino Becerra
The situation is “complicated” because “the money spent on interest is not being spent on anything else and the image of the economy has deteriorated”.

Francino wondered what would happen to Spain in this financial situation after the summer.

In countries such as Spain and Italy, Niño-Becerra noted, it will be “a summer in time” as people will note that citizens are already under two-year restrictions, pandemic and general restrictions.

Regarding the savings of households in the two years of the epidemic, he has said that the data is somewhat exaggerated, and that “these savings” are now used to pay for rising prices. Furthermore, this savings “is one of the reasons why bars and restaurants are overcrowded, roads are overcrowded, and beaches are overcrowded.”

“A big part of people don’t want to think about what’s going to happen in three months, and a little bit last summer. In the fall, everything predicted it was going to get complicated. It’s a psychological issue, let’s live in the moment and see what will happen,”the economist said.

On whether there was a “positive side”, experts said “inflation will be lower” but “very slowly”. The Bank of Spain forecasts inflation of 5 percent in 2023, “a large number, but at current rates we have already dropped by 3 percentage points”.

“In the face of inflation, reducing all consumption is good for all of us because production can resume and supply and demand are balanced, which is not happening right now,” he explained.

Yes, at least warn us not in 2007 “no one knows where to go”. He commented that an election in 2023 would be “bad for the economy” because “the decisions that have to be made are not politically correct”.